Leslie Dees joined the Miracles staff in mid 2012,  and has been a great addition!   She is a phenomenal massage therapist, and has recently been appointed Director of Operations.

Leslie has completed the training program in the specific and specialized modalities used by Miracles for work in research in carpal tunnel, and Angel Recovery (weight loss and volume reduction) .  She brought with her skill sets in other modalities, including lymphatic drainage.

She is the "brains" behind the organization at Miracles.
Texas State License # MT114708
LeslieDees@TheCreatorsChannel.com
281-757-2573 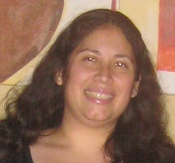 Alma Rodriguez obtained her degree in  biology in 2004 and a second degree in the health care field in 2006.  She  has been working as a health care professional for nearly 7 years and has a  knack for putting people at ease with her calm and friendly demeanor.

Alma's  strong background in math, science and health/nutrition has made her well-versed  in the art of the scientific method, data collection/interpretation and research  analysis. Always harboring a passion for mathematics, Alma is a natural with numbers and  understands how crucial precise measurements are, thus making her an invaluable  team member in the research department at Miracles.

Judy Adkisson first met the founder in 1999 and began  classes in awareness with her which continued for several years.

One of those classes was her introduction to Reiki and she went  on to become an amazing practitioner in her own right.

Judy is now a teacher for Miracles, providing Reiki classes in  the Springfield, Illinois area.
anya1122@yahoo.com
217-220-5518 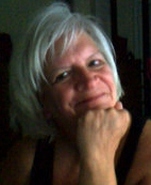 Christy Albaugh has a strong and extensive business background ranging from social work to corporate administration, and Human Resources.   After many years in the corporate world in Southern California, she relocated to Texas, and has been in Houston 7 years.

Ms. Albaugh joined Miracles as an administrative assistant to Margo Benge during the busy business expansion mid 2012.    She has been enhancing the website, and assisting in all areas of store operations, and classroom assistance during training.

Any questions for Christy can be directed to the general email for the company:  info@TheCreatorsChannel.com